Share a memory
Obituary & Services
Tribute Wall
Read more about the life story of Barbara and share your memory.

Barbara Sanders was born in Brooksville, Ms. May 10th, 1962. Barbara moved to Joliet, IL in 1981. Barbara was employed at Silver Cross hospital as a housekeeper for 10 years and in various places until her health changed. Barbara Confessed her life to Christ at a early age, at Church of Complete Gospel, under the leadership of Pastor Susan Dailey.
Barbara transitioned this life on November 18, 2022, at Silver Cross Hospital.

Barbara was a fierce outspoken, warm-hearted person. She loved to laugh, dance, play bingo and put the fear of God inside of us. Barbara loved spending time with all her loved ones. Her goals were to make memories. Despite her health conditions, she was willing to be there and support everyone. Barbara enjoyed her life to the fullest, she was small but a giant in heart. Very tough, strong, courageous and a fighter.

TO OUR SUPERWOMAN, YOU FOUGHT A GOOD FIGHT!!!

To send flowers to the family or plant a tree in memory of Barbara Ann Sanders, please visit our floral store. 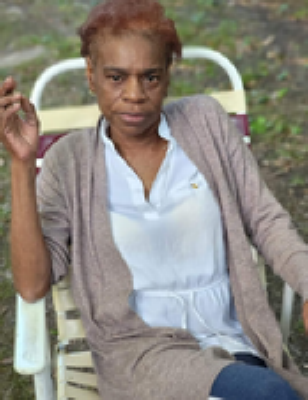