Share a memory
Obituary & Services
Tribute Wall
Read more about the life story of Betty and share your memory.

She accepted Christ at a young age at Mt. Olive Missionary Baptist Church and was baptized by the late Pastor Alva M. Varnado. She later joined God's Gathering Place Church of God In Christ  under the leadership of Apostle George R. Kimbrough.

Betty’s early education began at Eliza Kelly Elementary, and she attended middle school at Washington Junior High. She was active in sports and was a member of the girls’ basketball and track teams. She became a black belt in martial arts. Betty was a graduate of Joliet Central High School Class of 1978.

She was united in holy matrimony to her childhood sweetheart, James Michael Edwards and to this union three children were born, Latroya, Jamicea and James and later in life adopted her great niece and nephew, Jakara Edwards and Antonio Edwards.

Betty worked as a Certified Nurse’s Assistant for many years at various Nursing Homes in the Chicagoland area. For a short time, she was a manager at Church’s Chicken in Joliet and Chicago, her children remember being able to eat all the fried chicken with hot peppers and fried okra they wanted. Her last employment was at Milano Bakery assisting with bread production and packaging, which she truly enjoyed and was a model employee.

Betty truly loved the art of culinary, everyone was welcome to dine in her home; it was the “spot” for all family near and far because she opened her doors to all. She faithfully dedicated her time to serve at the Second Baptist Church Drive-Up Curbside Food Bank and prepared meals for the staff during distribution hours. She also prepared food for their various church celebrations in which her food was enjoyed by all. This was her gift, truly a servant indeed. She was often called upon to host family gatherings, reunions or just coming together for a friendly card game. Her signature dishes were many, but her family especially enjoyed her dressing, spaghetti, potato salad, fried fish along with many others. She enjoyed being in the company of family and friends and had a passion for the outdoors. Cooking on the grill and fishing were two of her favorite things to do. If you didn’t know how to fish, she would teach you and make sure you were doing it right. She took pride in all her catches in the lakes, rivers and ponds. Betty was a people person, her bond with her family was strong and she treated all her friends like family as well. Betty was a woman of great strength, there was no task too big or small, even with her illness she continued to be of service to others. If you called her up today, whatever you needed she would show up and show out BP style.

She departed this life on Monday, November 14, 2022 at Lightways Hospice in Joliet, Illinois.

To send flowers to the family or plant a tree in memory of Betty Pearl Williams-Edwards, please visit our floral store. 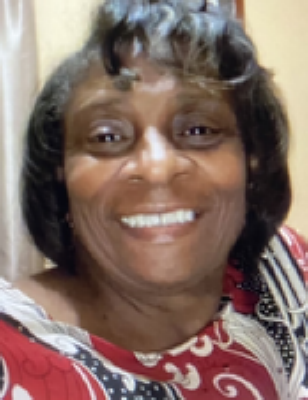