Share a memory
Obituary & Services
Tribute Wall
Read more about the life story of Larry and share your memory.

Larry (Hassan) Wilson was born December 29, 1952 to the late Chester and Elizabeth Wilson-Holden in Chicago, Illinois. He passed away on November 13, 2022.  He is preceded in death by his parents; brother, Frank; and stepdaughter, Monique Ford. Larry is survived by his loving wife, Carolyn Wilson.

​Larry and his brothers, Chester and Frank (RIP), gained a lot of attention playing basketball at a high level in Chicago at King High School.  After high school, Larry worked for the Fire Department in Detroit, Michigan.

Larry studied history with his brother, Chester, which took them on a spiritual journey to study with the Hebrew Israelites.  Then after further study and prayer, they accepted Islam as their religion as taught by the Nation of Islam.

Throughout Larry's life he was known as a great family man and friend who knew how to keep the party going and engaged in debates with friends and his family.

Larry had a special sister, Bernice that loved him dearly.

In 2003, Larry met and married the love of his life, Carolyn Wilson.

After surviving his illness and a very tough fall, Larry was given a nickname "Terminator:"  We wold like to give a special thanks to all the family members who were there for him through his numerous medical recoveries in his life.

A special thank you to John King Jr. for all his support during this difficult time.

To send flowers to the family or plant a tree in memory of Larry Holden Wilson, please visit our floral store. 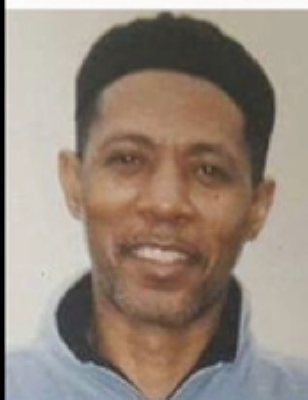